A considerate language – people, words and genders, and what we make of them
The question of how to properly use gender-equitable language is an emotive and divisive topic for many. In its most recent edition, Duden – the comprehensive source when it comes to the German language – dedicates a few pages to the topic and offers tips on how titles and personal nouns can be adapted to account for gender-equitable use.

To date, there is no generally accepted and valid standard for this. But – and this is the wonderful thing about languages – there are plenty of options. And there are opportunities to not only get creative yourself, but also to make a statement – linguistically and beyond.

The great thing about language is that it can be used to convey messages. And the greatest thing about that is that these messages – although constantly misunderstood – are very difficult to not understand at all. An example: someone receives socks for their birthday, yet again. ‘Yay, socks, I can always use those.’ Anyone saying that would need to use a lot of gestures, facial expressions and tone of voice to make it clear that he or she means it sincerely.

Apropos ‘he’ or ‘she’, the German language features three grammatical genders for nouns: masculine, feminine and neuter. While I was training to become a proofreader, I had a Spanish roommate. Her German was nearly perfect. However, she got pretty much every article wrong. She might say, for example, ‘Ich habe der Auto vorm Haus geparkt’, then she would pause and correct herself: ‘das Auto’. Similar to the way that Microsoft Word would underline ‘der Auto’ in blue, she noticed internally that she had used the wrong definite article – yet always managed to come up with the right one after some effort.

As a non-native speaker of the language, she lacked the intuitive access to the respective gender of the noun that is learned early on by native speakers. She had to pause in every sentence, before every noun, to consider what the right article was. Unfortunately, her slightly furrowed brow gave no indication as to how she managed to come up with the correct article. Was she searching for some sort of biological clue? Were there other markers that would hint at masculine, feminine or neuter? She was also capable of utterances like: ‘Der Bäckerin war sehr nett.’

Does the nature of something determine its linguistic gender?

Is language biological? Let’s take a look at a specific example of grammatical genders in German: ‘Der Kran und die Baustelle stehen bei uns vorm Haus.’ Der Kran (‘the crane’, masculine), die Baustelle (‘the construction site’, feminine) and das Haus (‘the house’, neuter) – but what about der Kranführer (‘crane operator’, generic masculine)? They’re sitting in the cab and enjoying the view. Empirical evidence shows that, when reading a sentence like this, at least two-thirds of all people who read it think that the crane operator is a man. The Kranführerin (female crane operator), however, is clearly a woman for 100 per cent of people.

The phenomenon involved here is the notorious generic masculine. The standard method is to use the grammatically masculine word form as the generic term, even if there is a feminine form for personal and job titles. Within the current struggle towards gender-equitable language, which has been going on for a while, some see the generic masculine as a simple a proven solution. Others see this as part of the problem, specifically that ‘having to account for’ genders other than men is too non-committal.

Here the standard, there the deviation

The interesting thing about this is that – to take it back to the beginning of this article – it is nearly impossible to find out what someone is thinking or what they mean when they say something. It’s not a huge problem with regard to the socks, and the underwhelming joy about the less-than-original gift is practically part of the package, if you will. Bucking the standard is more difficult. If the discrimination of women goes deeper than their representation in the language, then making changes to the language will likely not lead to changes in established and systemic attitudes. Do societies whose language does not feature a generic masculine not discriminate against women, or do they use other codes to manifest a hegemony? There are studies that confirm this. There are also studies that do not confirm this.

Making the right mistakes and sending the wrong message

As a proofreader, I am often asked what the right approach is when it comes to using genders. The answer is simple: send a consistent message and make sure that it fits with you and your target group. Plenty is correct linguistically; plenty is incorrect culturally. Gender-equitable language will not be able to solve problems of gender-based inequality as long as there is no attitude of awareness for gender-related topics behind it.

If we use the generic masculine as the standard, then the standard gradually becomes masculine itself. All deviations from the generic masculine would then just be deviations and, in the worst-case scenario, perhaps disappear. In this spirit, every speaker of the language should be measured by whether they follow through on their word(s). Or whether their actions speak louder than their words.

It could be rather challenging to create a new language that clears all these hurdles, and it would take ages for it to establish itself. Every person is closer to language than they ever could be to a pair of socks. Sounds are feelings, attitudes and characteristics that simply go very deep – not only in your own life, but also in the cultural memory of a society and its codes.

There are women, men and change

So what now? Let’s not forget that there are more than two genders. Bäckerinnen and Bäcker for female and male bakers, that’s all well and good. But what about bakers who don’t identify with either of those options? As its name states as well as on an individual-word level, the generic masculine cannot represent everyone, because – although it is not biological, so it does not have a gender as such – it carries with it a masculine connotation.

On that note, my grandmother would say: ‘Just forget the whole thing. You won’t make anyone happy with all this,’ and she’d be right to a certain extent. But getting rid of expectations or demands – or even making them derisive – regardless of their appropriateness also accomplishes nothing. Additionally, for language experts, the evolution of language is of course extremely exciting. And we’re right in the middle of it. Officially mandated changes can be problematic (see the German orthographical reform of 1996); evolution that comes from the community of speakers of the language, by contrast, is good, because this is the only kind that will establish itself.

When the different genders are given their due attention in language, their concerns are also perceived. And their concerns are taken into account if they are able to be understood. And if they are understood, then they don’t require active consideration, because they are contained in the nature of the matter. And that most definitely doesn’t mean that, next year, everyone will be wearing ties! 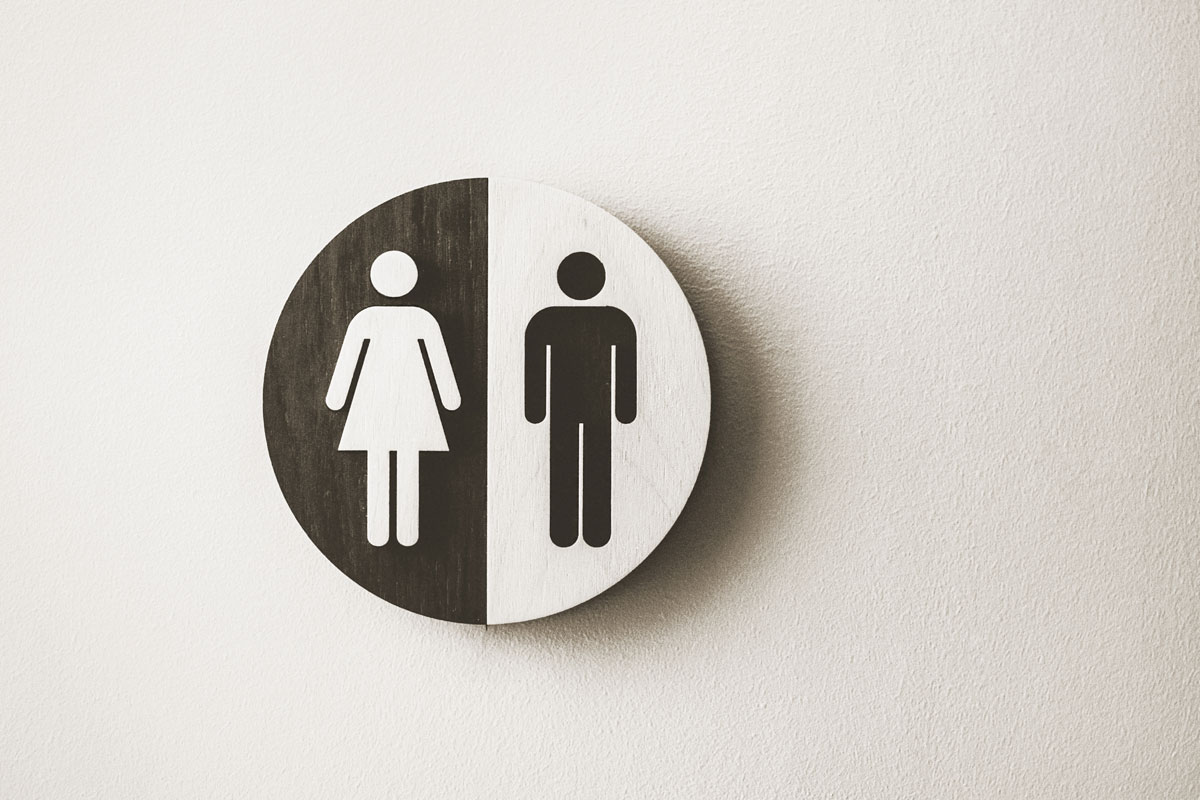