At Apostroph, we are a multinational, multilingual company, with colleagues and friends across the world. When Ukraine was invaded back in February, my husband and I were moved to help in some way. We opened our home to a young family from Kharkiv, an intense, rewarding experience that has taught us all so much. Already a bilingual household, with German and English spoken interchangeably, we are now also learning Ukrainian over the dinner table. Here are five things you didn’t know about their wonderful language.

Ukrainian is not the same as Russian.

To the average Anglo-Saxon, one might think the languages are not that different. Indeed, both belong to the Slavic family, and were once most likely quite similar dialects. But the languages diverged over the last millennium, with shifts appearing among vocabulary and grammar, and different versions of the Cyrillic alphabet being used.

However, many people speak both.

Despite the etymological differences, there is, however, a crossover within the populations. Russia’s history as a political and cultural powerhouse has led to 22%   of Ukrainians considering themselves native speakers of Russian, with many others studying Russian up to university level. 1

Along with the four cases we know and love from our Teutonic friends, Ukrainian adds instrumental, locative and vocative to the mix. Just imagine the adjective declension tables!

In fact, it came third in a linguistic beauty contest held in Paris in 1934. Its melodic, poetic cadence invokes a feeling of tenderness in the listener,   with many wonderful words to express emotions.2 A personal favourite is Кохання, pronounced kohannya, and means a deep, heartfelt love for another.

The word Ukraine itself has two meanings.

The accepted etymology of the nation state’s name is borderland, coming from Old Russian.3   But some scholars in Ukraine over the last century have argued that Ukraine actually means homeland, a far more accurate description to Ukrainian ears.4

As the catastrophic consequences of the war continue to affect those in Ukraine and the millions displaced, we can only hope that our Ukrainian family and their fellow compatriots are soon able to return to their homeland – to let their beautiful language sing once again.

A long-standing member of the English Department, Georgina has been translating and editing for Apostroph Germany for nearly 14 years. Her hobbies include running, piano and completing Wordle in under three guesses. 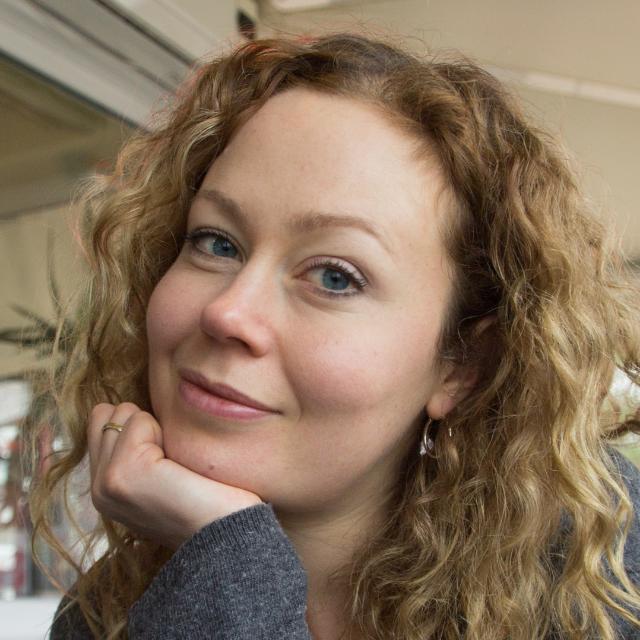